Katherine is a mystic.  Since childhood she was aware of life beyond the physical world.  Similar to others born with this ability, she assumed everyone walked between the worlds.  In this innocent state, she communicated and received guidance from beings in other realms, such as a great grandmother who died before Katherine was born.  At 19 years old, an event occurred that demonstrated the uniqueness of her innate gifts.  This discovery initiated a quest to understand and expand her natural psychic abilities and through them, to know the Divine. 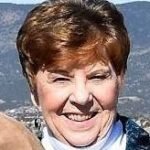 Katherine’s lifelong quest to know and serve the Divine introduced her to incredible healers, metaphysical wisdom teachers and psychics.  Through the gradual mastery of her gifts and meditation practice, Katherine encountered and learned from masters of the inner realms. 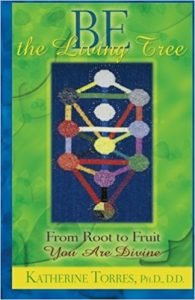 One particularly significant guardian, Malachi, entered her life in 1983.  Katherine channels Malachi in service to others.  He directed her to pursue specific mystical training, such as Native American Shamanism and Druidism, which served to blend and compliment her ancestry (Celtic and Cherokee).  He also led her to Qabalistic studies of the Tree of Life via the mystical school: The Builders of the Adytum.  This wisdom forms the foundation of all of her teaching and ultimately inspired her book, BE THE LIVING TREE, From Roots to Fruit You are Divine. 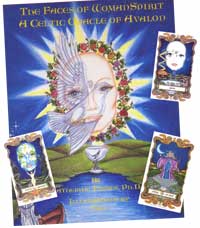 In 1994, the Shekinah (Divine Feminine) spoke directly to Katherine, informing her that to deepen her soul’s journey she needed to experience the Divine Feminine as well as God the Father.  For nearly five years, Katherine immersed herself in the Shamanic journeys the Shekinah presented.  She created and authored THE FACES OF WOMANSPIRIT, The Celtic Oracle of Avalon; a book and divination deck that reveal the mystical wisdom of the Divine Feminine.
Once she embarked on the quest to learn and serve, Katherine helped others.  Since 1986 she has devoted herself to a full-time schedule of counseling, teaching and healing.  She has developed unique materials that incorporate wisdom from her myriad of studies and experiences, all of which are solidly based in spiritual psychology, esoteric philosophy and Hermetic practices.  Katherine earned five doctorate degrees (Metaphysical Sciences, Transpersonal Psychology, Holistic Astrology, Mysticism and a Doctorate of Divinity), and holds certification in several modes of energy healing, including Reiki and Tibetan Chakra Therapy.  She founded and serves as CEO of SPICA- Way of Light University of Divinity.
The Divine Feminine continues to inspire Katherine to grow and expand consciousness.  This wisdom illuminates the process of the soul evolution of humanity and awakens awareness of the existence of Oneness, in particular.  Much of this information comes to Katherine in the form of sacred dreaming.  As she notes:
“Dreamtime can be significantly more than the rambling of our unconscious.  Dreams can represent solutions to problems we find our selves unable to resolve while awake.  They can also deliver messages from Spirit.  In November of 2013, I experienced dreams in which the Shekinah directed me to a new and very important path of service.  Because I recognized the importance of these dreams, I faithfully took notes in order to remember the content.
“From the beginning of this process, I ‘saw’ pictures of an octagon that held Hebrew Letters.  Specific sounds, color and other symbols, that correspond mystically to the letters, accompanied the vision of the Octagon.    In consecutive dreams, the Shekinah asked me to interpret these pictures based on the meanings inherent in the interrelated letters, colors and tones.  She further revealed a causal energetic relationship that exists between the sounds and light of the universe as well as all levels of matter we humans experience, including emotions, thoughts, ego activity soul inspiration, physical action and spirituality.
“These interpretations led to prayers and affirmations that accompany the depiction of the Octagon.  I came to understand that these pictures and related sounds initiate balance and healing to an extent I never experienced before.  In dream after dream, She presented hundreds of cryptograms (as I came to identify them) that address specific imbalances and illnesses people experience. She told me that many cryptograms reveal the “Hair of the dog that bites you.”  This is a homeopathic message that relates to the disease we have can be helped by the very poison that developed it.

“I was guided to move this wisdom out of my dreamtime.  Thus, I created the Timeless Cryptograms of Healing®.  Each cryptogram presents and octagon with Hebrew letters.  Each letter corresponds to a musical tone and specific color reflected in the cryptogram, as well.  The cryptogram also includes an affirmation of the healing action inherent in the code.  The musical notes refer to specifically manufactured tuning forks calibrated to the energetic body field.  They create a overtone when placed together that instigates healing through all subtle bodies.
“Sound transforms ethereal energy into matter. Whether created by musical instruments or the production of vocal cords, sound reflects the Living Voice of the Divine expression in matter.  In the ethereal realm, the vibration we physically hear as a tone, expresses as “color.”  Tones, whether harmonious or dissonant, initiate change that allows healing to occur.  Obviously, sound plays a critical role in the Timeless Cryptograms of Healing®.  However, practice demonstrates their efficacy even without sound.  Simply gazing at the cryptogram activated changes and brings about healing.
“Once I created the cryptograms, used them and taught other ‘cryptographers,’ my path expanded.  I developed programs to certify practitioners of this systems.  Inspired by the Divine Feminine again, I began to write a book about these codes and embarked on the 72 Names of God project.  From the first dream, I remain inspired and aware that I play a part in something very special:  Magick, Miracles and Mystery. 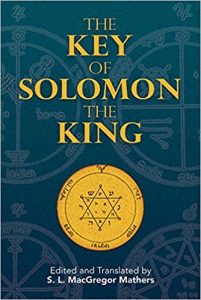 “In find continued affirmation of the sacred nature of the Timeless Cryptograms of Healing®.  Once on an airplane, I was unable to open any book on my iPad except one, THE KEY OF SOLOMON THE KING, by Samuel Lidell MacGregor Mathers.  The book mesmerized me from the first page as it described that God answered, in dreamtime,  Solomon’s prayer to help his people.  In dreams, Solomon ‘saw’ what he called, Seals of Wisdom.  Each revealed a 5-pointed star, at the top of each point was written a Hebrew letter.  Solomon used these codes to create health, harmony and healing.  When I read this book, I was stunned, yet I felt reassured and confident that I had been receiving sacred wisdom, as had Solomon.  I occasionally question myself as to whether or not I should present this wisdom to humanity.  I become concerned with an inability to communicate, clearly, the depth of the mystery inherent in these cryptograms.  When I read the book of Solomon, I felt reassured and confident that I have received the sacred work of the Holy Spirit.  I encourage you to use this wisdom with an open heart and open mind.
“I pray to continue this work and watch all Light Workers open to dreams that divinely guide their service to humanity.  May you dream well.  May you receive the blessings of insights.  May these blessings enhance your healing serve.”

Light is to be lived.